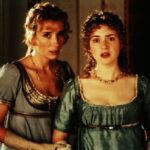 I have been pretty interested in obtaining a Kindle for the past few months, nay, since the Kindle 2 came out last year. Alas, I still do not own one but am currently borrowing one from a friend, and saving up my money in the interim (and doing a bunch of sweepstakes and contests). Finding free books has become a little hobby of mine now, so by the time I do have a Kindle there is no shortage of things to read. I will probably download more books that I will actually read, because that’s just the way I am unfortunately.

However, I quickly noticed that it was a little difficult to find books, never the less ones that I would actually like reading. I tried to find websites that had reviews of free books so I could try and figure out which ones I wanted to download. Few and far between. At some point, I decided that I was going to contribute to the cause myself in hopes that I can help someone else out there. That said, if you find anything good and want to write a post about it here, please contact me!

By the way, I’ve been out of high school for awhile, am not part of a book club, and generally don’t analyze books much other than the pleasure of reading them so please forgive me if this “review” is a lacking depth and sophistication. I will get better, I promise!

Sense and Sensibility by Jane Austen

Okay, I will be honest. For someone who considers themselves a “bookworm” type, I am way out of date on my reading. I pretty much stopped reading for pleasure after the internet happened, and that has taken up most of my time since. I was putting down the Baby Sitters Club in favor of coding my Hanson fansite and chatting to random internet people on AIM. I was twelve, so sue me. I wasn’t exactly reading Atlas Shrugged, okay?

It is no surprise then, that I have not read any books by Jane Austen, nor knew anything about her or her books before I settled down to read this one. There was an AP English class that I did not have the pleasure to participate in that read Pride and Prejudice. I assumed that it was likely a long and boring book. However, when I discovered that her books were available for free on Amazon, I took the precaution to search about which I should read first.

Like many topics on the internet that really shouldn’t be that big of a debate, this one had about two different opinions: Sense and Sensibility was the first book, so it should be read first, and the second said because it was the first book it was poorly written, so you should start with Pride and Prejudice otherwise you might get lost and decide to not proceed with any other Jane Austen books. I defaulted to chronological order, because it seemed logical.

As to whether Sense and Sensibility was poorly written, well, honestly I don’t know what the standards were back when it was written. Perhaps I can judge that once I have become more familiar with her style over the entire body of her work. At certain points I was a little lost on what was happening, but generally pressed on and usually the outcome became clear after awhile. I chalked it up to the fact that this is an old book written in the Victorian era, and therefore the vernacular is quite different. It’s like a milder version of when I watch a Britcom and I know that the fellow is speaking English but for the life of me I have no idea what he is saying.

The novel essentially revolves around two characters: Elinor and Marianne Dashwood, and the course of events that take place prior to their nuptials, not without a complete upheaval brought on by their father’s death. Their half-brother John Dashwood solely inherited the family’s wealth, and promised to provide 3,000 pounds a year to each of his sisters. John Dashwood’s wife certainly was not fond of that idea and cunningly outwitted John Dashwood to give them nothing but a gift of 50 pounds here and there. This among a general dislike of Mrs. John Dashwood creates animosity between the family. John was blissfully unaware of any harm done. Mrs. Dashwood receives an offer to rent a cottage in the country, eager to get out of the current situation living with John and his wife, they accept and move. But not without Elinor developing feelings for Mrs. John Dashwood’s brother, Edward.

Once they are settled in the country, Marianne and her younger sister Margaret go for frequent walks along the countryside. One time, however, it starts pouring rain, and Marianne trips while going down a hill. She sprains her ankle and can’t get up. Luckily, a man named Willoughby on a horse shows up and takes her back home. He returns the next day to check up on Marianne… and the next day… and so on. Another older man named Colonell Brandon (I keep wanting to write Colonell Mustard… darn you Clue!) falls for Marianne after seeing her play and sing on the piano forte, but unfortunately for him, Marianne is obsessed with Willoughby, even after he leaves the small town suddenly with no word of returning.

Now, I don’t want to give much more away as to not ruin the story for you, but all in all it was a good read. Sometimes you just know when a book is not going to capture your attention enough to read all the way through, but once I got used to the writing style I fancied myself as an observing character among all of the drama, heartache, and eventual happiness.

To those who said you shouldn’t start with Sense and Sensibility, phooey on you. I am ready to start the next one! Bring on Pride and Prejudice!

Rakel is a wife, homeschooling mom of 1, christian, and entrepreneur living in sunny Florida. She's passionate about art, design and all things creative, and working towards becoming the best version of herself - mentally and physically.

Welcome to my personal lifestyle blog. It features topics such as motherhood, homeschool, health, cooking, home design, business, art & design. This blog is about self-improvement and working on building a life you love.