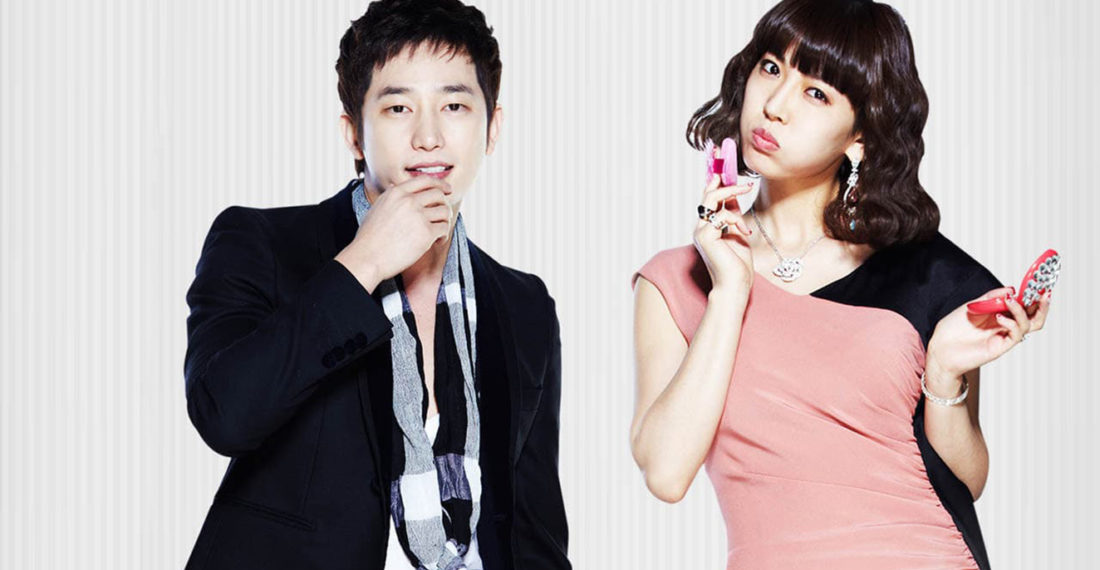 I am seriously obsessed with Kdramas. Obsessed. Normally when I tell people this, they find it humorous. My husband teases me about it… he says, “Rakel, are you watching your stories again?” All good natured of course. I watch them on my iPad, so he doesn’t have to suffer through my chick flicks. I’m convinced that if more people I know started watching them they would become just as hooked as I am…so go ahead, give one a shot. You’ll see… you’ll see!!!

I’m not really sure how I found them, but I found them on Netflix one day. I started watching Playful Kiss, and loved it so much I started watching others, and that’s pretty much how the obsession was born. I have a pretty good feel for how the language sounds, and could probably tell the difference between a person speaking say, Japanese versus Korean. I’m really into Japanese Anime too.

So, maybe you’re like me and you’re interested in Kdrama…here’s a list of some shows I’ve watched and a brief review. It’s been awhile since I’ve watched some of these so I may not remember names and whatnot entirely…so forgive me! All of these should be available on Netflix — that’s where I watched them.

I also want to add — one thing I love about these shows is that there’s a level of “innocence” to them. Yeah, some drama is going on but a lot of the time it’s a misunderstanding, and there’s virtually no sex, or hardly even kissing, unlike the trashy American TV we have :P. The stories are cute, engaging, the characters are engaging, and overall, you just want to keep watching one episode after another in super marathon mode… which is not so good for my sleep schedule but you have been warned at least!

Prosecutor Princess
I was actually kind of surprised how GOOD this drama was, and it has taken over my number one slot unequivocally. If you are new to Kdrama, I think this would be a good one to start with, and quite frankly, may ruin you for some of the other shows. The plot is more than typical “rich person falls in love with poor person.” The characters have a lot of depth, and there are several layers of things going on that you don’t really realize until the second half of the show. The beginning is a little misleading because the main character seems a bit shallow, but then to see her transformation at the end, is really heartwarming. The love story is really sweet, too. Also, it doesn’t hurt, but the leading man, Seo In Woo is super hot… girl, let me tell you… that smile could melt ice. I just know I will be rewatching this one in the future. I wasn’t feeling well when I was watching this one, and stayed up until as late was 3am playing one episode after another because I couldn’t get enough! This one… you don’t want it to end. And it does kind of end abruptly. I think they were planning for 20 episodes, but it only got 16 so they wrapped it up a little too quickly, but it’s still my favorite. You will laugh and you will cry on this one!

Playful Kiss
This was my first one, and was my favorite for quite awhile. This one is definitely cute… although the leading man can be such a jerk sometimes! BUT, even he becomes endearing in the end. I don’t think I’m giving anything away for saying this, but towards the end he stands up for Oh Hi Ni, and it’s really sweet. I’m just like, GO Sueng Jo!!! Under his cool exterior he actually forms an admiration and love for Oh Hi Ni.

Lie to Me
It’s funny, when I first started watching this I thought the leading actress was the same actress as from Playful Kiss. They have a very similar look but when you see pictures of the two next to each other you can definitely tell they aren’t the same person… and through my online searches I found it was not uncommon for them to be compared to one another, but the actress from Lie to Me is older and came out first. Both girls are very pretty, but anyway… I liked this drama a lot. They don’t mean to fall in love but it happens through the course oftheir tumultuous “relationship” … which began when the leading lady wanted to make one of her friends jealous and lied about being married to a rich businessman.

Boys Over Flowers
It’s hard not to like Jan Di… she’s a fiery, strong character, but she makes a lot of enemies at the prestigious high school she winds up attending through a twist of fate. At some point, the leader of F4 (the wealthiest and hottest guys at the school) falls for Jan Di… but like a lot of dramas, the relationship between a rich man and a poor woman is not approved, and they have to go through a lot in order to be together. Even though at first Jan Di doesn’t even want to be with him…

My Princess
The plot for this story is a bit different from the typical story, so it stood out in that regard, but it’s a rags to riches kind of story. Still, it’s cute and I recommend it!

Secret Garden
This one is… a little weird quite frankly. It’s trying to do something a little different by having them switch bodies, but it doesn’t completely make sense. It’s kind of “fantastic” that way, but also very “normal” … so much so that I wonder why they even bothered to have this magical element to it. This wasn’t my favorite, but it still kept me watching until the end!

Spring Waltz
This one had me bawling like a baby. It’s a very moving story about a long-lost tragic love where fate brings them back together again, but not without consequences and hurting their friends. It’s definitely an emotional one, but like most of these Kdramas… there’s a happy ending.

Summer Scent
This one is also a story about fate. I liked this story, but I found it was very slow in parts… it was almost painful to watch at times because of that… but I wanted to keep going because I had to finish it. I really fought the urge to speed through parts. The ending was abrupt, but I think it was appropriate. In the end, it was a really sweet story, but I don’t think I could watch it again. Fun fact: leading dude (Minwoo) in this drama is the same leading dude in My Princess, except with a very different hair style. I kept thinking to myself that he looked sooo familiar, and finally figured it out. This drama came out before My Princess so he’s a big younger in this one.

Flower Boy Ramen Shop
I actually really liked this one and finished it in lightning speed (like I did with Prosecutor Princess). I loved the personalities on these. Also, now that I’ve seen quite a few Kdramas I picked up on some Secret Garden references in this one, like the blue sequined jump suit, haha. The relationship between the two lead characters, and the love triangle really, is similar to Secret Garden, except no weirdo body switching a la Freaky Friday going on. I.e. leading rich dude can’t figure out why he can’t get poor leading lady out of his head and because he’s a dense, self-absorbed rich dude he can’t seem to figure it out, until some people point it out to him and he realizes he’s, in fact, in love. I kinda like these stories though because it takes an obnoxious character and makes them lovable because they grow has human beings throughout the show.

So, yeah that’s my summary so far. Be on the lookout for more Kdramas as I watch them or in another group post like this one. Feel free to suggest others you think I might like in the comments below, I’m on the prowl. I prefer Netflix though because I can watch them comfortably on my iPad.